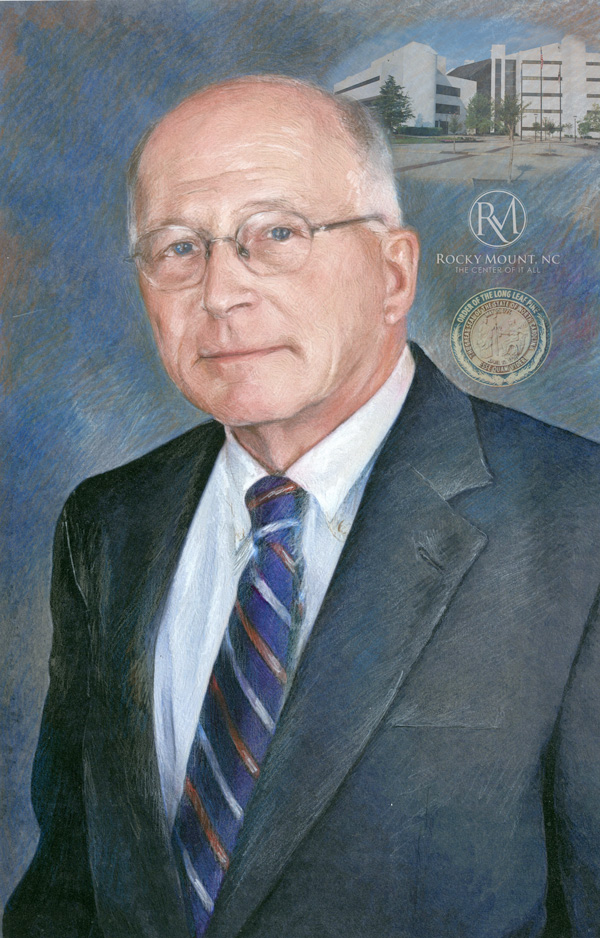 Peter Varney is a role model whose leadership style and moral compass in dealing with people throughout his life and career have won him respect and honor. People say of this intelligent, quiet, gentleman, “Oh, he’s the best.”

In receiving the Distinguished ‘Citizen of the Year Award’ in 2014 from the Area Chamber of Commerce, it was said, “…Without Peter’s insight, foresight and vision and extra effort, many of our public buildings would be lost to time.” In the aftermath of Hurricane Floyd, Peter was also given the responsibility to restore the public water system including the two water treatment plants. His leadership and dedication proved invaluable. Peter graduated from Bowdoin College in Brunswick Maine in 1970 majoring in Government. In 1971 he received a Masters Degree in Public Administration from UNC-Chapel Hill. He is married to Lin Varney. They have two sons, Seth and Ira, and two grandchildren.