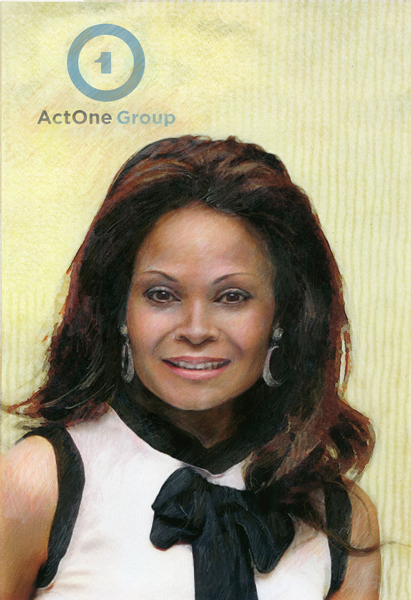 The fourth of eleven children, Tarboro native Janice Bryant Howroyd earned a full scholarship to NC A&T State University where she earned her Bachelor’s degree in English. She later earned her Master’s degree from the University of Maryland and her Doctorate from N.C. State University. In 1976 she moved to California to work at Billboard Magazine. Two years later, with $500 of her own money and a $900 loan from her mother, Mrs. Howroyd parlayed her contacts and knowledge to start her own company, Act-1. That company ActOne Group (www.act1group.com) is now a global leader providing customized cutting-edge solutions in the human resources industry. The ActOne Group is a multi-billion-dollar award-¬winning, international Talent and Talent Technology enterprise with multiple divisions that services unique areas of employment and talent management solutions.

Currently #39 on Forbes list of America’s Richest Self-Made Women, Howroyd has been recognized as the first black woman to found and operate a billion dollar company. She was the first-ever BET Honors Entrepreneur of the Year. In 2013, she received a White House appointment to serve as United States ambassador of the Department of Energy’s Minorities in Energy Initiative. In 2016, she received an appointment by President Barack Obama to the President’s Board of Advisors on Historically Black Colleges and Universities and continues to serve in that capacity.

Ebony Magazine placed her in their 2017 Power 100, a list of the most influential African Americans. CNBC named her fourth of fourteen black women who changed business and finance, placing her ahead of Oprah Winfrey and Michelle Obama.

Howroyd has traveled to over fifty countries promoting education and the powerful impact it has on people and communities across the globe. She serves on boards at Harvard, USC and her alma mater North Carolina Agricultural and Technical State University (NCATSU). Her accomplishments and financial support, both personal and professional, are inspired by her deep faith and love of family. She says, “One cannot effectively lead without passionately serving.”