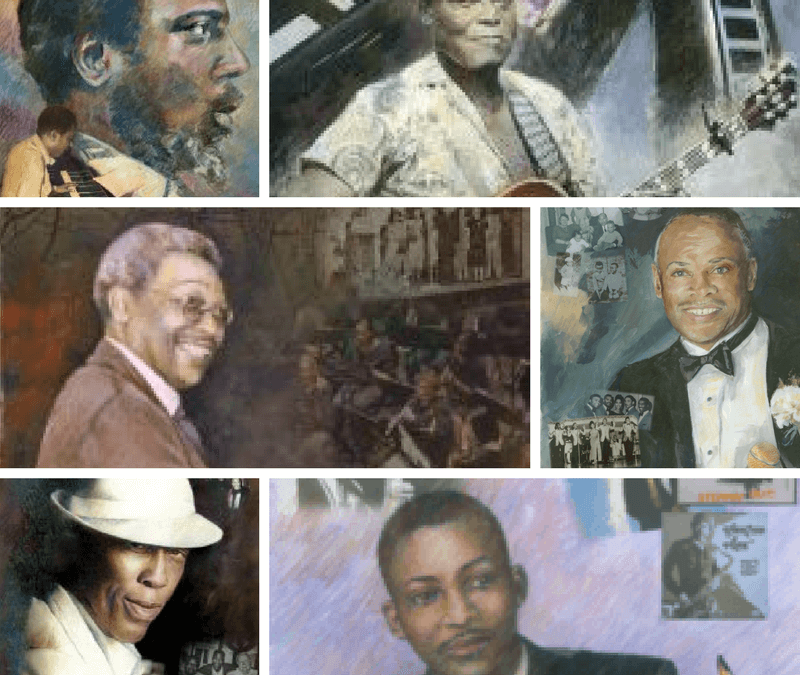 During the month of June, we celebrate African-American Music Appreciation Month. Music has been a rich part of Edgecombe and Nash counties past and present. We have been fortunate to have musicians and performers who have made musical history and have left their mark on music as we know today.

Milton Bullock – Milton Russell Bullock, the “Golden Platter”, was a vocalist with The Platters for five years. You can hear him perform at the Rocky Mount Train Station on Wednesday mornings.

George Higgs – Trained as a carpenter, George Higgs was better known for his music playing on the harmonica and guitar.

Thelonious Monk – Monk was considered an imaginative solo pianist who made immense contributions to the development of jazz.

Harold Vick – Vick was a world-renown saxophonist, flutist, and composer.

Warren Williams – He was a performer with The Spinners, The Drifters, the Temptations, and Smokey Robinson and in 1996 he was the musical director for the Atlanta Olympic Games.

Seek out their music today.

Twin County Museum & Hall of Fame’s purpose is to preserve and celebrate the diverse history of Edgecombe and Nash Counties by honoring citizens who have made broad and lasting contributions to the betterment of the community or who have brought recognition to the community through their accomplishments.